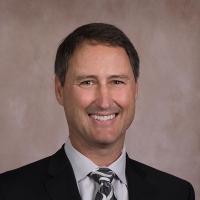 Ben has over 25 years of Information Technology experience within oil/gas industry with both PE startups as well as large established companies.

His career started as a researcher for the Department of Defense, then a Field Engineer with Schlumberger in the Piceance Basin before moving to more IT-centric positions. He was Director of Operations for PGS GeoBank, a worldwide multi-national storage and retrieval bank of seismic data, before becoming the IT Manager of Spinnaker Exploration Company in 2000. He developed one of the largest (2.5 petabytes) data processing systems for multi-teraflop High-Performance computing centers. Ben provided a leadership role in overseeing the merger of Spinnaker to Norsk Hydro, and then again of Norsk Hydro to Statoil. While at Statoil Ben held the title of IT Head of all Americas.

Ben has a BS in Physics, Mathematics and a Computer Science minor from California State University Chico and a Master of Science in Physics from Texas A&M University.