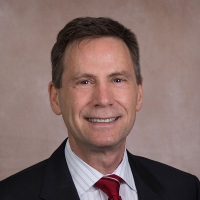 Dan is an innovative and accomplished leader with 35 years of technical land and management experience. He started his career in 1983 with Mitchell Energy and held various Land positions culminating as Regional Land Manager handling all of Mitchell’s assets except for its South Texas and Gulf Coast properties. Among his many accomplishments was coordinating the acquisition of the Barnett Shale asset and assisting in the development of Production Sharing Agreements. In 2002, when Devon Energy acquired Mitchell, Dan continued with Devon as the Central Division Land Manager overseeing the Barnett Shale asset during the advent of horizontal drilling in unconventional shales. He continued to develop his leadership and technical skills at Devon and in 2006 was promoted to Vice President of Land for Devon’s Southern Division. A key achievement during this tenure was the development of Allocation Wells in the State of Texas; allowing for more orderly and economically viable horizontal drilling programs. Prior to co-founding Sabinal Energy in 2016 he held the position of Vice President of Land for EXCO Resources.

He earned a Bachelor of Business Administration in Petroleum Land Management and a second BBA in Marketing from The University of Texas – Austin and a Masters of Business Administration with a concentration in Accounting from The University of Texas – Arlington. Dan is a Certified Professional Landman and a member of the AAPL and HAPL.